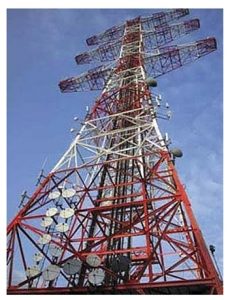 With the rise of Spotify and online radio, many people may think that the FM radio will die out soon. How true is this claim? Well, it is right to an extent. Do you remember a time when the only source of radio was your FM receiver in your car or your big clunky stereo system in your living room? Today, a lot of people prefer to use their phones to listen to radio online. Is the future of FM radio in jeopardy? Maybe well into the future, but it seems to currently have a tenacious hold on our hearts and minds.

According to the “State of the News Media” report for 2015 put out by the Pew Research Center, FM radio still reaches about 91 percent of the population every week. Actually, this number has stayed the same since the early 2000s. This might come as a surprise to many millennials who tend to favor online radio and Spotify. According to the same report, over half of the population 12 years old and over listen to online radio at least once in a week. 2015 was the first year that online radio broke the 50 percent mark, so this shows that online listening is definitely on the rise. But when we sit in our cars, people still seem to turn on the traditional radio every once in a while. Maybe this is a force of habit or a subconscious routine. On another note, many people see their traditional radios as a backup to their online listening and vise versa. This will probably be the main reason why FM radio will stick around longer than people might expect it to. FM stations provide excellent local news with local talent that gives insight into everything from sport, news and weather to local politics.  Also, FM radio stations and shows tend to have this unique feel to them that make it almost surreal to listen to. Some people may just enjoy this feeling and wish to hold onto it for as long as possible. This nostalgic feeling is the same reason why people still enjoy vinyl.

It seems that our old school radios will stick around for a little while longer while its sibling, the online radio, grows up with the younger generation.  The Internet while getting more reliable is not proven, as it is based on best effort technology, and it does not have the built in redundancies and time proven reliability of traditional FM radio stations.